During our expedition to California to harvest clone material from ancient giant sequoias and coast redwoods, I wanted to know what these cloned cuttings would look like as young saplings, even though it would take decades to see what they would look like as mature trees.

Fortunately, the 2016 Archangel expedition was not the first of its kind.  Cuttings from ancient giant sequoias and coast redwoods have been obtained numerous times already by Archangel starting several years ago.  Many of those are now fully rooted saplings, with the same DNA as the mother trees, and have been planted in various sites around the world.

The first area that was determined to be the most conducive to planting Archangel champion giant sequoia and coast redwood clones was the area located near Port Orford, Oregon.  Just north of the coast redwood’s current “native” range, the Port Orford Community Stewardship Area was selected because of ongoing climate change and as a hedge in case global warming weakens the trees down south.

On December 4, 2012, the World’s First Planting of a Champion Redwood & Sequoia Forest began during a raging winter storm when the first two ancient trees cloned from some of the largest and oldest redwoods and giant sequoias in California were planted on a steep hillside in remote southern Oregon in the heart of the Port Orford Community Stewardship Area. When the weather became more favorable, another 248 Archangel clones were added to the same four acre site on Ocean Mountain Ranch. 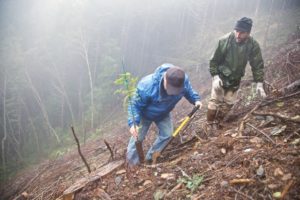 This planting was Archangel’s first attempt to go beyond cloning and archiving in order to re-create an old-growth forest from its storehouse of rooted cuttings from “champion” trees – the oldest and largest specimens of each species that could be found. 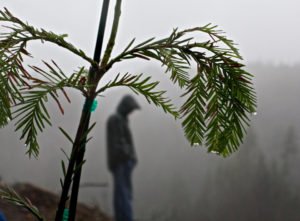 On that historic, foggy, windy and rainy day in December 2012, this was the second of the first two coast redwoods planted at Ocean Mountain Ranch on a remote hillside south of Port Orford, Oregon.

Over the intervening years between 2012 and 2016, one thousand more plantings of Archangel clones occurred in various parts of the Port Orford Community Stewardship Area near Port Orford, Oregon.  Below are photos from just a few of those plantings. 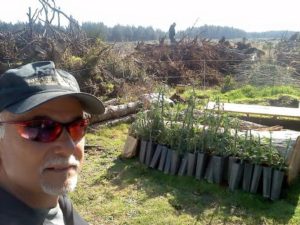 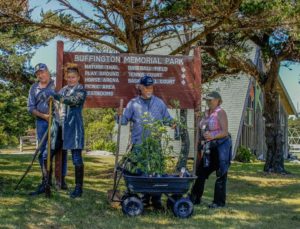 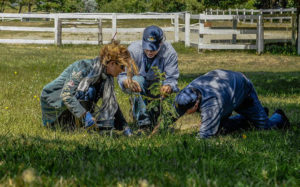 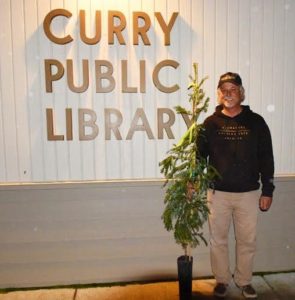 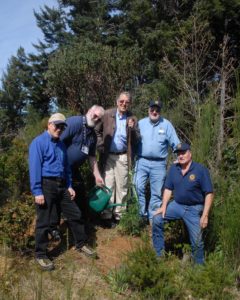 Meanwhile, on a different continent . . .

March 14, 2016 – Forty Archangel champion coast redwood trees were planted at the Eden Project in the south-west of England, the first time a “forest” of these big friendly giants from North America has been introduced to Europe. 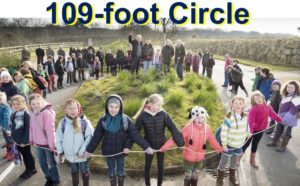 Children at The Eden Project form a 109 foot circle – the circumference of the Fieldbrook Stump, the source from which many of Archangel’s coast redwood saplings were cloned. 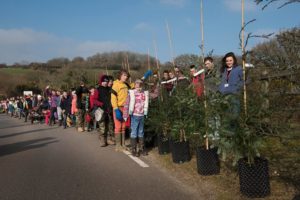