May 25 and 26 found the expedition at the Redwoods River Resort on Highway 101 in Northern California.  Not only was this a beautiful location with an opportunity to rest up after the exhausting three days in the Sierra Nevada Mountains, it was also a private resort that gave the expedition permission to climb two of the largest redwoods on the premises and take cuttings. 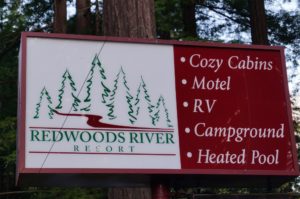 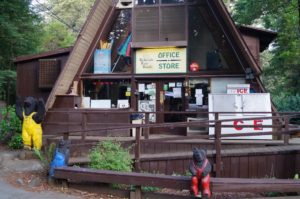 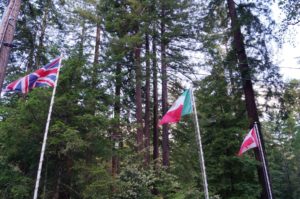 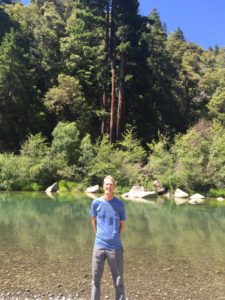 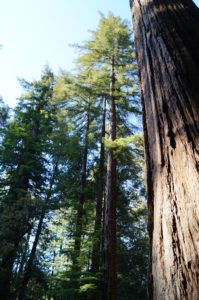 One of the first things to do when climbing a large tree is to sling a rope up into one of the highest branches.  There are a number of ways to do that when the tree is of average height.  But the only way to do it when the tree is hundreds of feet tall is by use of a cross-bow with a fish line tied to a weighted arrow.

Damien Carré, the expedition climber from Portland who regularly climbs very tall trees, came equipped to do the job. 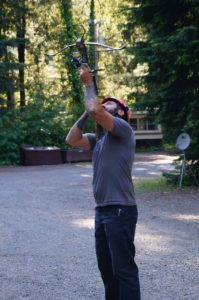 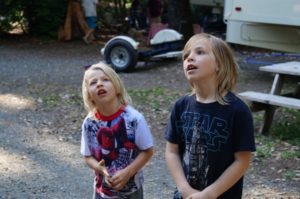 Little did he know that younger campground residents would take such an interest in his work.  Below are a few photos that capture that moment in time. 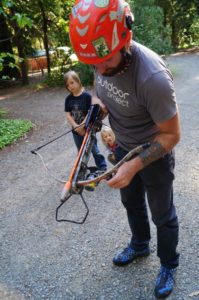 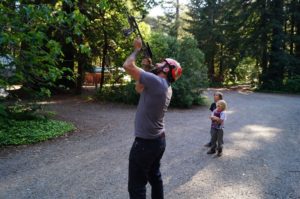 Finally, the perfect shot was made and the string attached to the arrow was now used to pull a rope over a solid branch at the top of the tree, allowing the first climbing ascent to begin. 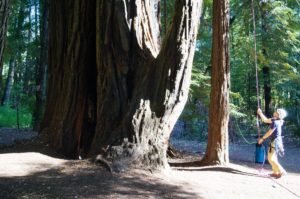 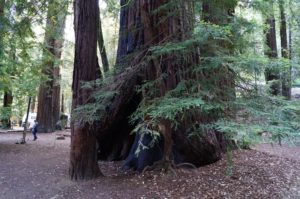 Above is the base of the redwood to be climbed.  It was dubbed “Old Co-Dom,” since it was clearly old and had multiple split trunks coming out of the base.  The arborist refers to a tree that doubles or triples its trunk as co-dominant.

The next morning, May 26, a second redwood named “Big Jack” was also prepared for climbing. 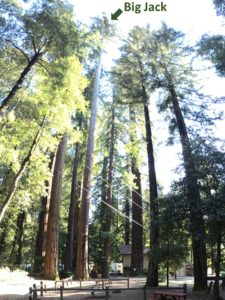 Members of the Bartlett climbing team looked on as Damien prepared to launch another arrow with fish line attached. 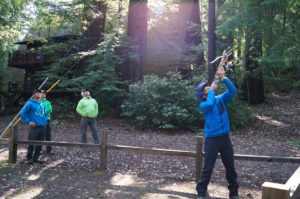 Perimeters were set up to provide a margin of safety between the climbers and those without protective head gear. 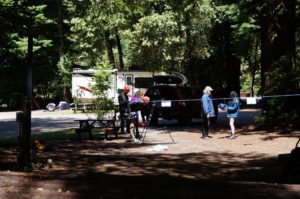 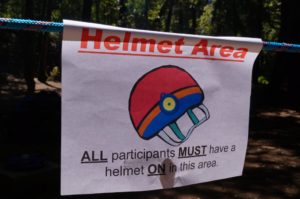 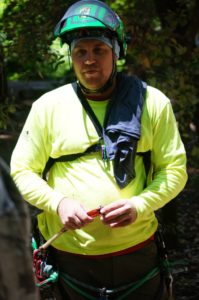 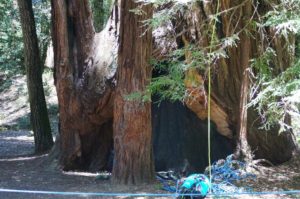 And below are some of the fruits of his efforts. 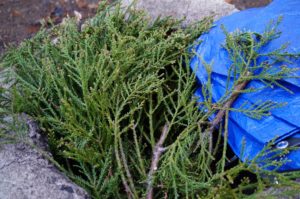 I was surprised to see how similar the leaves from the very tops of the coast redwood resemble the leaves of the giant sequoia.  That was when Gerry Beranek pointed out to me that there is a difference between a redwood’s shade leaves and its sun leaves.  The redwood’s sun leaves in the photo above are born in the wind and sun, a harsh environment, and are much shorter and adhere tightly to the stem.  The redwood’s shade leaves in the photo below are broad and open in an attempt to capture more sun.

Gerald Beranek, on the left in the photo below, has lived and worked in the redwood forests of California for more than 45 years, first as a timber man and more recently as a photographer and author. The expedition was honored to have Gerald join us while we were at Redwoods River Resort. Andy Kittsley, one of our expedition climbers, is on the right in the photo. 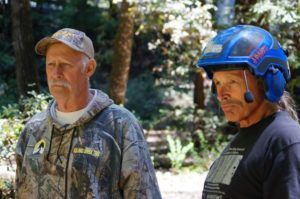 Over at the “Big Jack” redwood, climbers from the Bartlett Team are busy gathering coast redwood cuttings. 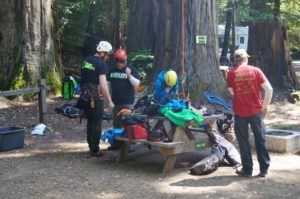 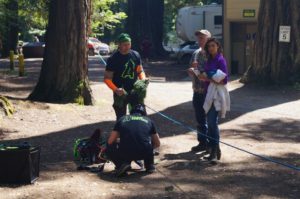 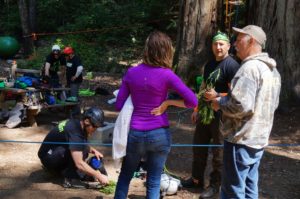 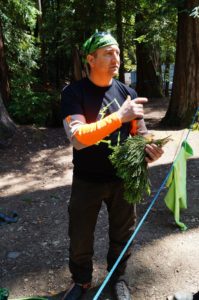 Once the cuttings from Old Co-Dom and Big Jack were collected, it was time to do some exploring, led by Gerald Beranek.  The first tree to be visited was directly across Highway 101 from the Redwoods River Resort just a few yards beyond the Confusion Hill tourist attraction.

This giant is known as the Coombs tree.

A walk to a site not far from the Coombs tree brought us to this co-dominant pair of redwoods. 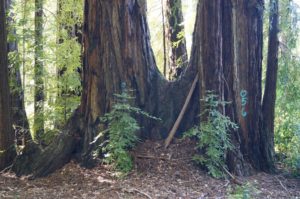 With the work done, most of the gang found a way to relax and have some fun that evening. 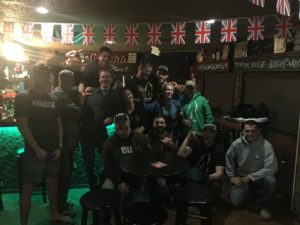 Below is a picture from the front cover of Coast Redwoods – ‘Trees of Dreams and Fortune,’ written, photographed and self-published by Gerald Beranek, one of several magnificent photo books on redwoods and redwood groves that he has written.  What a treat it was to spend time with an individual so experienced in redwood practice and lore! 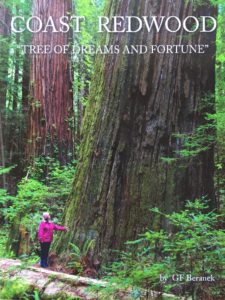